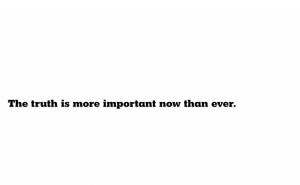 By Chris Carter and Kyla Winchester (originally published in 2019)

Quick: have you seen any values-based marketing campaigns? They’re popping up everywhere lately, by companies and even non-profits taking advantage of a drastic shift in marketing trends.

Which of these campaigns come to mind first? First, here are some of the biggest and splashiest.

And perhaps the values-based campaign that started it all in the 70s, Coke’s “The Hilltop”:

In an article in Adweek, Deutsh’s Pete Favat describes the era in which Coke’s famous campaign debuted: “It was a terrible time in culture. It was extremely negative. There was violence everywhere. And then this piece of film comes on TV. And basically it was a bunch of these kids singing on a hilltop about sharing a Coke.”

Does this sound familiar? It sounds a lot like the current milieu: a divisive election resulting in starkly drawn cultural and political lines, during which a cola behemoth makes a commercial showing us how they can make it all better. Except Pepsi’s version in 2017 angered basically everyone (except, probably, Coke) when Kendall Jenner used their fizzy beverage to blur the lines between resistance and oppression in the most tone-deaf fashion possible.

Dove too recently struck the wrong note. Their “Campaign for real Beauty” usually resonates with their uses, but the recent ad campaign showing Dove bottles in different shapes was discordant and people responded accordingly.

So yes, values-based marketing has a lot of potential: it can reach and connect and inspire, but it can also crash and burn and take the whole brand down with it. When a values-based ad goes wrong, it goes wrong more disastrously than any regular boring ad ever would. I suspect Pepsi is going to stick with traditional advertising ploys for the time being.

But where did values-based marketing appear? What is driving its growth, and how can charities take advantage of this trend?

Younger demographics are driving this shift, and companies are responding. Global brands like Pepsi and even companies like the New York Times realize that getting consumer loyalty from people in their 20s and 30s results in a lifetime of profits. The results of the 2016 election didn’t actually reflects the electorate, by several million votes (and those are only those who cast votes: if the votes reflects the country at large; that’s many millions of people who didn’t like the result of the election). Appealing to these disenfranchised voters means millions more potential customers than directing your message to those happy with the election’s outcome: if people’s values don’t align with those in power, they seek sympathetic elsewhere, and brands are only to happy to deliver.

Does AirBnb care about politics, or about its bottom line? Regardless of the answer, AirBnb wants to appeal to the values of its demographic, younger people with a little money to spend but who want to save, who are likely more open to new ideas experiences than people who wouldn’t travel across the world and rent a stranger’s spare room. In addition, older generations have entrenched loyalty to specific brands—their favourite hotel for example—so it’s much harder to convince them to try something now than a younger person with a tighter budget who’s willing to use an app to find a place to stay. Companies will happily get new users on board with values messaging while reaping the profits.

Charities can take a lesson from this: loyalty is high among donors as well as consumers. Charities don’t often specifically target people in their 20s and 30s since they’re not typically as charitable as older generations or often have as much disposable income to donate. However, the advantages of finding a supporter who’ll be loyal to your organization for the next 40 years are just as clear, especially if your stewardship, renewal and upgrade programs are in place. Today’s engaged and caring 25-year-old with entrepreneurial zeal is tomorrow’s major donor: ten dollars a month or even ten dollars a year from a supporter now could turn into tens of thousands in the years to come. Charities have an opportunity to engage not only new supporters and but also new supporters in demographics they might not have otherwise considered with an appeal to values. And while consumers are more likely to distrust brands, charities are in a better place to used values-based marketing convincingly.

There have been several examples of this in the last year, but can you think of a charity that has been doing this for decades?

Greenpeace’s early model was values-based: a clear message based around a single issue, originally nuclear disarmament. Because Greenpeace’s work was values-based, the connection to values-based branding was simple and natural—much more so than for a profit-driven brand to make a heartfelt, resonant values-based message, which shows how charities can have an advantage in this regard.

Recently, the Human Rights Campaign, the American Civil Liberties Union, and Planned Parenthood have all risen to the challenges they’ve faced instead of being forced into a corner by current events.

Charities that position themselves now have the potential to become marquis non-profit brands in the future, carrying their new supporters with them. And given how few charities are using values-based marketing, there is more potential for those that do so early. So many charities look at their donor demographics and realize how few of their donors are under 40, wondering how they can appeal to younger people without a literal rock star spokesperson or a slick campaign well beyond a charity budget. Values-based marketing can help solve that problem, traversing the ‘cool’ barrier with messaging that 20- and 30-somethings can get behind, like resistance, change and inclusion.

The key elements are to engage and leverage connections on social media. If your values are well-received but supporters don’t know what to do, even the best messaging will fall flat. It’s important not to get stuck on the medium (Facebook, Instagram or Snapchat?) but instead to have a clear message and call to action, regardless of where it’s being shared.