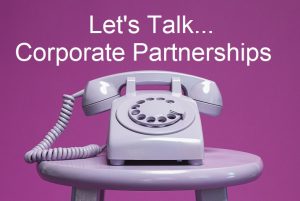 By Chris Carter and Kyla Winchester

The results are in: Bell Let’s Talk had its biggest year yet, with 154,000,000 million interactions, which translated into $7.7 million raised for mental health initiatives.

That’s pretty amazing for a charitable effort, but wait—what charity does it support again? And maybe it’s less impressive considering Bell is one of the largest telecommunications companies in Canada, and had a net income of $2.97 billion in 2018. They have been honing their corporate marketing to a fine edge, and for a decade have been specifically refining their Let’s Talk marketing. It’s clear to anyone that there is a massive amount of resources—both time and money—required to drive an effort like Let’s Talk in order for it be successful year after year. But instead of showcasing a charity doing good work, raising more for that charity and getting new supporters for that charity, Bell itself is at the forefront.

The best of all worlds

Imagine for a moment what the ideal scenario of a corporate gift would look like to an interested nonprofit. It would probably look something like this:

The worst of all worlds

We don’t know the inner workings of the Let’s Talk funding, but it seems like the brand-first push is a corporate marketer’s dream—without sharing the spotlight with any worthy nonprofits. The info on nonprofit funding recipients is available on their website, but we didn’t see mention of any charities during the day’s promotion—not even once.

There are other questions raised too: $7.7 million represents a quarter of a percent of Bell’s profits (based on the 2018 number) and is likely a pittance compared to the money spent on staff, advertising, etc. for the day. This would also seem like a great chance to generate leads for a chosen nonprofit or two, with a petition or perhaps articles on mental health from recipient charities that could be used to capture supporter info, but the focus is on awareness—awareness for Bell’s brand. (Don’t get us wrong, awareness is important, but awareness is usually the first step for a nonprofit, not the last.)

And as consumers, we should be annoyed: is a ‘message of support’ from me to all my followers, with Bell’s hashtag to ensure it counts, worth a measly 5 cents?

Yes, we hear you say it: any funds raised is better than no funds raised. But that’s a very low bar to set. I wouldn’t call up my favorite charity, say I want to donate $10, and suggest that 200 social messages is fair recognition for that level of support.

So, what’s the middle ground?

There are a lot of factors in what makes a good partnership: what can each provide, what does each require, and what could be obtained or shared? What are your most important goals, and what are ours, and how do they align? When looking at the possibilities and permutations of a new agreement, here are some things to consider.

Obviously, both parties should benefit from such a partnership. But if a company wants to do something good, it should actually be good: it should benefit the charity with few restrictions on the funds’ use and have reasonable recognition. Getting $25,000 on condition of throwing a gala is not a reasonable expectation; but neither is a million dollars for nothing. Hopefully the corporation has clear goals a charity can help them achieve, usually CSR-driven; and hopefully the charity knows what benefits it can reasonably provide and how to scale up for more significant gifts.

Raises profile of the charity

Ideally, corporate marketing of the partnership should have the charity brand front and centre, and the charity’s promotion should prominently feature the corporate donor. Again, both parties should benefit in this scenario: the charity gets a boost to its brand, since the instant recognition many for-profit brands get is often a challenge for charities and their smaller budgets; and the corporation gets a ‘halo’ effect of goodness by aligning itself with a reputable charity. As well, the corporate brand isn’t positioning itself as the champion upholding the cause itself, so if anything comes up that could tarnish the brand in light of their charitable campaigns—like allegations of Bell not supporting employees with mental health challenges—there can be less blow-back.

The ‘feature day’ model from Bell is a good one, but why not up the giving with a matching gift? “Every gift made to ABC Charity on this day will be matched by XPZ Corp!” We can’t deny the effect of social media, so give donors a share-able message to boost their profile, as well as the charity’s and the corporation’s.  And donors love a matching gift.

Do better at doing good